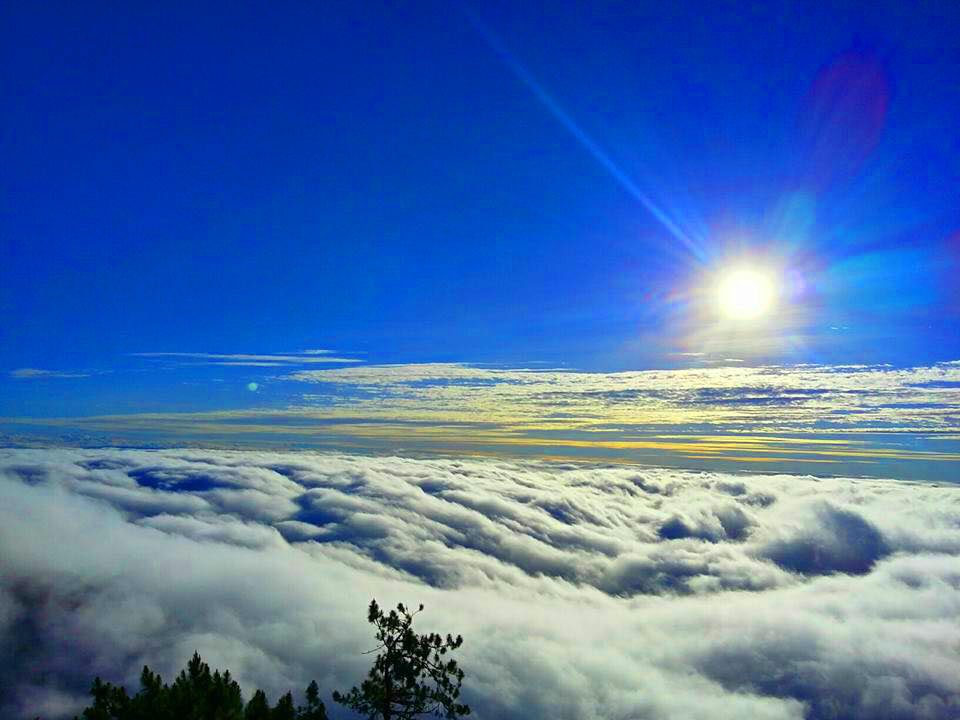 What is the highest mountain in Luzon? Here is a list of the top 6 highest peaks in the Philippines’ largest island.

Luzon hosts the country’s two longest and largest mountain ranges namely, the Sierra Madre and the Cordillera range. It’s the Cordilleras, however, which host the island’s highest mountains, some of which rank among the top 10 in the entire country.

Hiking to these mountains will lead you into enchanting mossy forests, mystical lakes, untamed hunter’s trails, and breathtaking views from the summit. Surely, these are just bonuses to that sense of fulfillment of having conquered majestic heights.

Now if you’re planning an adventure of a lifetime, here are the highest mountains in Luzon island you should not miss.

Behold the Highest Mountains/Peaks in Luzon

Mt Pulag is the highest mountain/peak in Luzon and the third highest in the Philippines. Known by the indigenous inhabitants as the “Playground of the Gods,” Mt Pulag is known for its stunning view of the sunrise and sunset.

An occasional sea of clouds form, extending as far as the eyes could see. From one angle, these cloud formations appear like a waterfall cascading on a mountain slope.

Unlike any other mountain in the Philippines, Mt Pulag has a vast and rolling summit covered with grasses and rare dwarf bamboos.

Along the way, you’ll encounter mossy and pine forests plus an amazing diversity of blooming flowers and orchids.

Mt Tabayoc stands side by side with Mt Pulag and is also one of the top ten highest mountains in the Philippines. It’s known for the so-called “Monkey Trail,” a section of the trail, wherein, you will need to hold unto vines and penetrate dense forests before finally reaching the summit.

Mossy forests cover the peak of Mt Tabayoc, home to critically-endangered species such as the Northern Luzon cloud rat. The locals established a wooden viewing deck.

From here, you’ll catch view of Mt Pulag and other forest-clad mountains. It’s best to come here for sunrise viewing.

Would you be surprised if I tell you that the third-highest mountain/peak in Luzon is also a part of Kabayan? I’m talking of Mt Timbak which is also partly shared with neighboring Atok municipality.

Mainstream hikers call Mt Timbak, Mt Tabayoc, and Mt Pulag the trio mountains as they sit facing each other. You can hiker all three of them in two days or even less.

Unlike in Mt Pulag and Mt Tabayoc, Mt Timbak’s forests have been converted into vegetable gardens. It’s also an easy hike to the summit because a local road leads near to it.

It’s best to go here during the early morning for sunrise viewing. You’re lucky if you also chance on sea of clouds.

Mt Amuyao used to be the third highest mountain in the Philippines and second in Luzon. But with the discovery of higher peaks in Mindanao, it’s now somewhere in the top 15.

It’s also now the fourth highest mountain/peak in Luzon. It’s, however, one of the most difficult mountains to assault in the entire country.

Mt Amuyao offers an entrancing view of the sunrise and sea of clouds. There are also dwarf bamboos on its summit. During summer, Mt Amuyao’s peak blooms with thousands of mini-flowers of different colors.

Mt Kalawitan plays an important cultural role among the indigenous communities surrounding it. According to a local legend, only the summit of Mt Kalawitan was spared during The Great Flood, allowing two survivors who then built communities.

Mt Kalawitan also boasts of spectacular flora and fauna. Along the trail, you’ll catch sight of a swamp surrounded with mossy trees. When you reach the summit, you’ll be rewarded of captivating views of the surrounding mountains.

The sunrise view and occasional sea of clouds you’ll see from here are as amazing. Just like in Mt Pulag and Mt Amuyao, dwarf bamboos also grow here.

Mt Napulauan earned its reputation as among the formidable peaks in the entire country, owing to the lengthy hike and the steep trails to conquer.

But the difficult hike will reward you of primeval mossy forests, and breathtaking views of the sunrise and sea of clouds.

You’ll also get the chance to see Hungduan Rice Terraces which are listed in the UNESCO World Heritage Sites. At the summit, you’ll see bonsai-like trees including patches on dwarf bamboos.

NOTE: The following list is based on specifications provided by Pinoy Mountaineer, the top reference website for mountains in the Philippines.

There are, however, many remote mountains particularly in Kalinga and Abra provinces which could rival those in the list in terms of height.

These are yet to be explored and documented by mountain bloggers and the local authorities. Moreover, the ranking can change because the elevations for some mountains such as Mt Amuyao are yet to be finalized.